Baby Bear on Mars is a great title for a new Pixar movie. Also, apparently there is an actual baby bear on Mars, and by “actual” we mean “a rock” and by “baby bear” we mean “that looks like a baby bear.”

The Martian bear – or possibly prairie dog (hey let’s not rule out all logical possibilities!) – was found in a NASA image of the Martian surface by a diligent UFO hunter from the YouTube channel Paranormal Crucible. Paranormal Crucible then alerted the website UFOSightingsDaily.com whose editor, Scott C. Waring, says he is going to report the finding to Ban Ki-moon, secretary general of the United Nations. 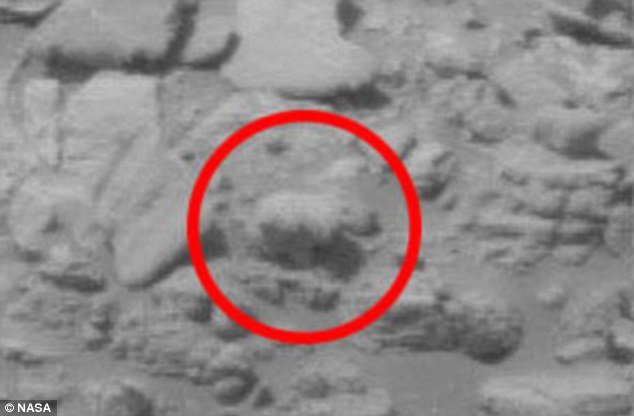 But don’t get too excited. This may not be a bear or prairie dog at all but merely a “possible hybrid rodent” as Paranormal Crucible has said, which isn’t nearly as cool, nor does it sound as snugly. Of course, there is the slim chance – though admittedly rare and laughable – that it’s just a plain ol’ rock that kinda looks like a bear. Or prairie dog. Or possible hybrid rodent. However, we here at UFOMG! do find that this may explain what happened to all of the NASA pick-a-nick baskets that were sent up with the Curiosity Rover only to turn up missing shortly after touchdown.

Hey, Boo Boo! Check out the Paranormal Crucible analysis below.