That’s the conclusion from mega minds from the University of Chicago and the Okinawa Institute of Science and Technology. Research scientists from both groups were working independently on sequencing the octopus genome. When they learned of each other’s efforts they joined forces, like smaller scientists joining together to form some kind of Voltron-like giant scientist robot to take on Godzilla…or in this case octopuses.

Their findings, recently published in Nature, show that octopuses have 33,000 genes. That’s about 10,000 more than a human has! Overall, octopus genes are so vastly different than any other living creature that they are, essentially, aliens.

Now here’s where things get a little nutty. You won’t find this mentioned anywhere else.

Do any of you remember the Reddit user TheEarthIsNotMyHome who claimed he personally knew an alien being and spun out a very long and intriguing AMA (Ask Me Anything) Q & A which we mentioned HERE way back in March of this year? That user ended up deleting his account, and the entire Q & A went with it, but many Redditors had downloaded it and even converted it to PDF for others to read. Well, Reddit user Anthonymarks123 dug this little nugget below up from the transcript. Note that the screenshot mentions this was posted “10 days ago”, however that is 10 days from when the original thread was alive and kicking, which would have been back in March, not 10 days before today. 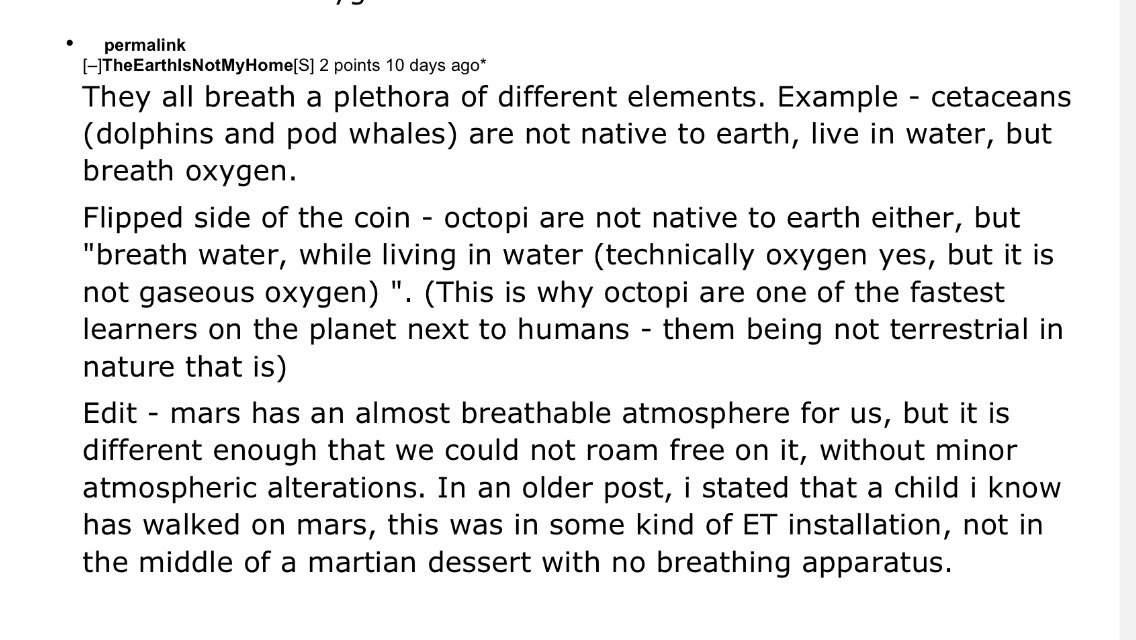