May 23, 2022
CHECK THIS OUT
Home
Aliens & EBE Contact
The Roswell Slides Revealed! And…Meh.

In a hype-driven sensational to-do that would compel P.T. Barnum to shed a proud tear, the new “smoking gun” Roswell slides allegedly showing an alien body recovered from the 1947 UFO crash in Roswell, New Mexico were released May 5th.

The slides were unveiled to an eager – and paying – audience. That’s right. Slides that were promised to not only confirm the existence of life beyond Earth, but expose a decades long cover up – slides that would surely change the course of human history – were only unveiled to people who paid a fee. That, right there, from day one, was the big red flag that made my bullshit meter melt its batteries.

In fact, journalist Adam Dew, who found the slides among a collection by Bernard and Hilda Ray, turned down interviews with magazines that wanted to cover the story because they hadn’t offered any compensation. 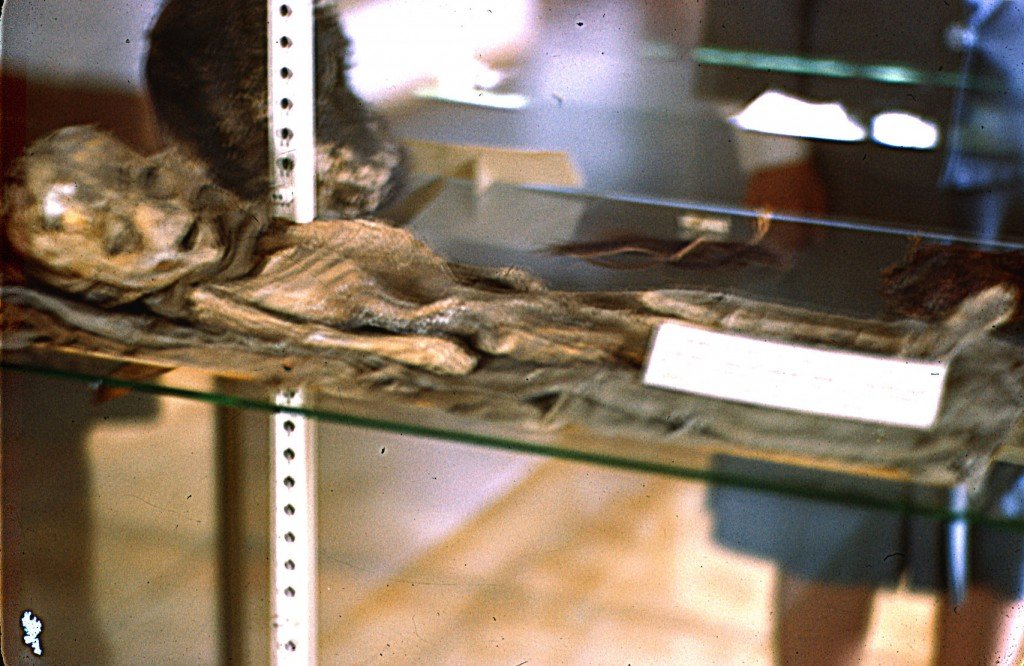 Above you can see the little guy portrayed in the slides. This, according to the snake oil salesmen presenting them, is the body of an alien from the 1947 Roswell crash. Just look at how scientifically it’s stored in that rickety glass display case that looks like it came from a Walgreens estate sale. As many people have pointed out – people whom I tend to agree with – this is much more likely the body of a mummified child on presentation in a museum.

I think Nick Pope, the researcher who headed up UFO investigations for the UK Ministry of Defence, summed the affair up pretty well when he told the Mirror Online that he was “underwhelmed”.

If you’d like to read more about this embarrassing debacle that has chipped away at the legitimacy of ufology there’s a really good article on it here:

‘Our fascination is rooted in hope’: why we’re so obsessed with UFOs