On October 28, 2017 a witness in Calgary, Alberta who had taken pictures of the clouds because they “was crazy”, later noticed three glowing orbs in one of the images. As we all know, UFOs are fond of whipping out their orbs in public, but it’s rare that a) a witness is able to take a photograph or video of them, and b) that there isn’t a more prosaic explanation for the orbs. A more prosaic explanation would be something like mistaking a distant bird in the sky or an internal reflection of the lens, the latter often being the case when orbs are only spotted after a photograph has been taken, which is the case with this photograph. The witness does acknowledge this could be a possibility, but doesn’t think the orbs match up to any visible sources of light in the images. I ain’t has enough smarts about optics and whatnot so I can’t know for sure what it is, but I can say that the image is compelling.

Also compelling is the image of the weird clouds shows what appears to be a phenomenon known as fallstreak or “hole-punch” clouds, which are relatively rare. Check out the images below! The full MUFON report can be found here. 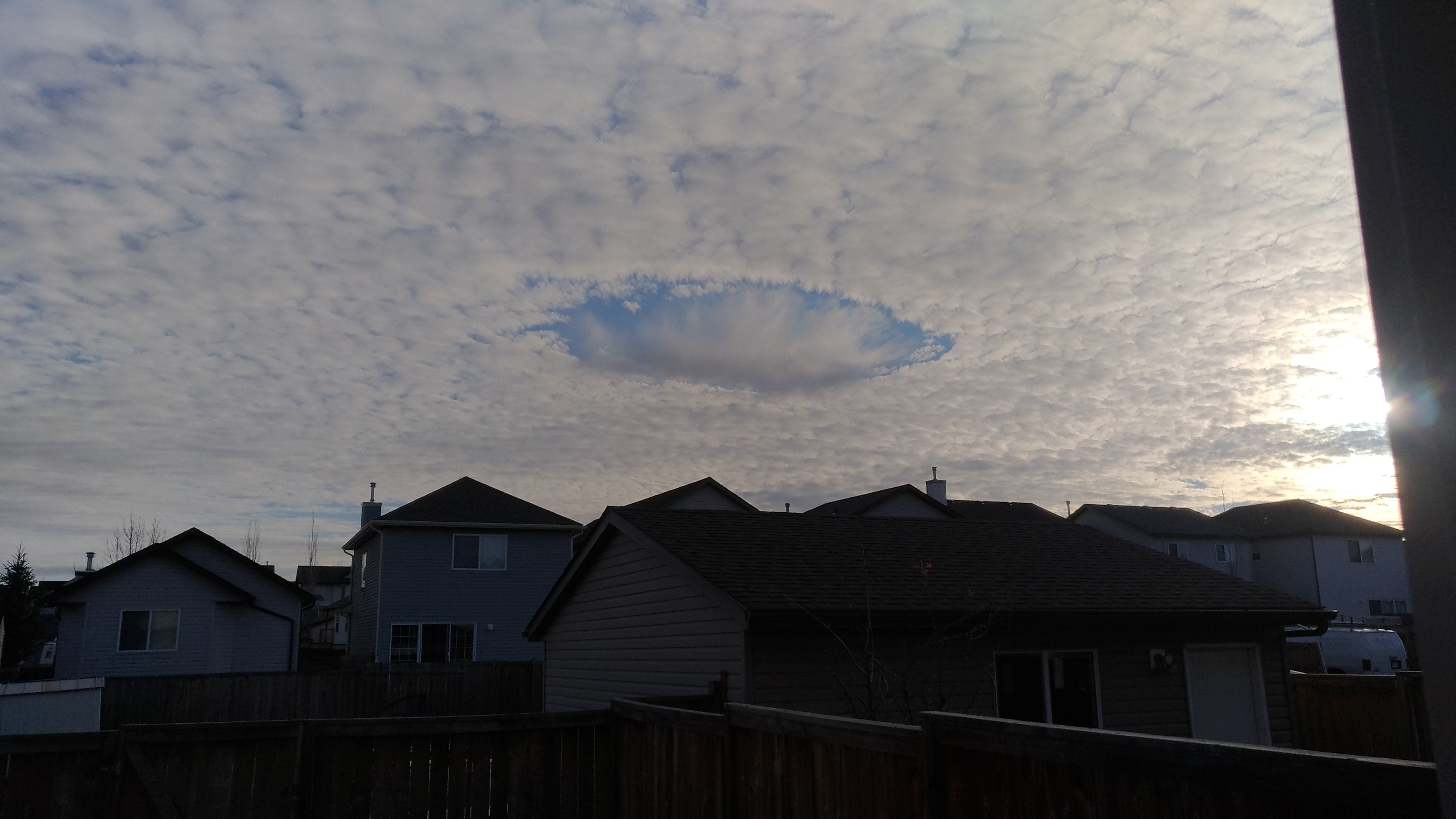 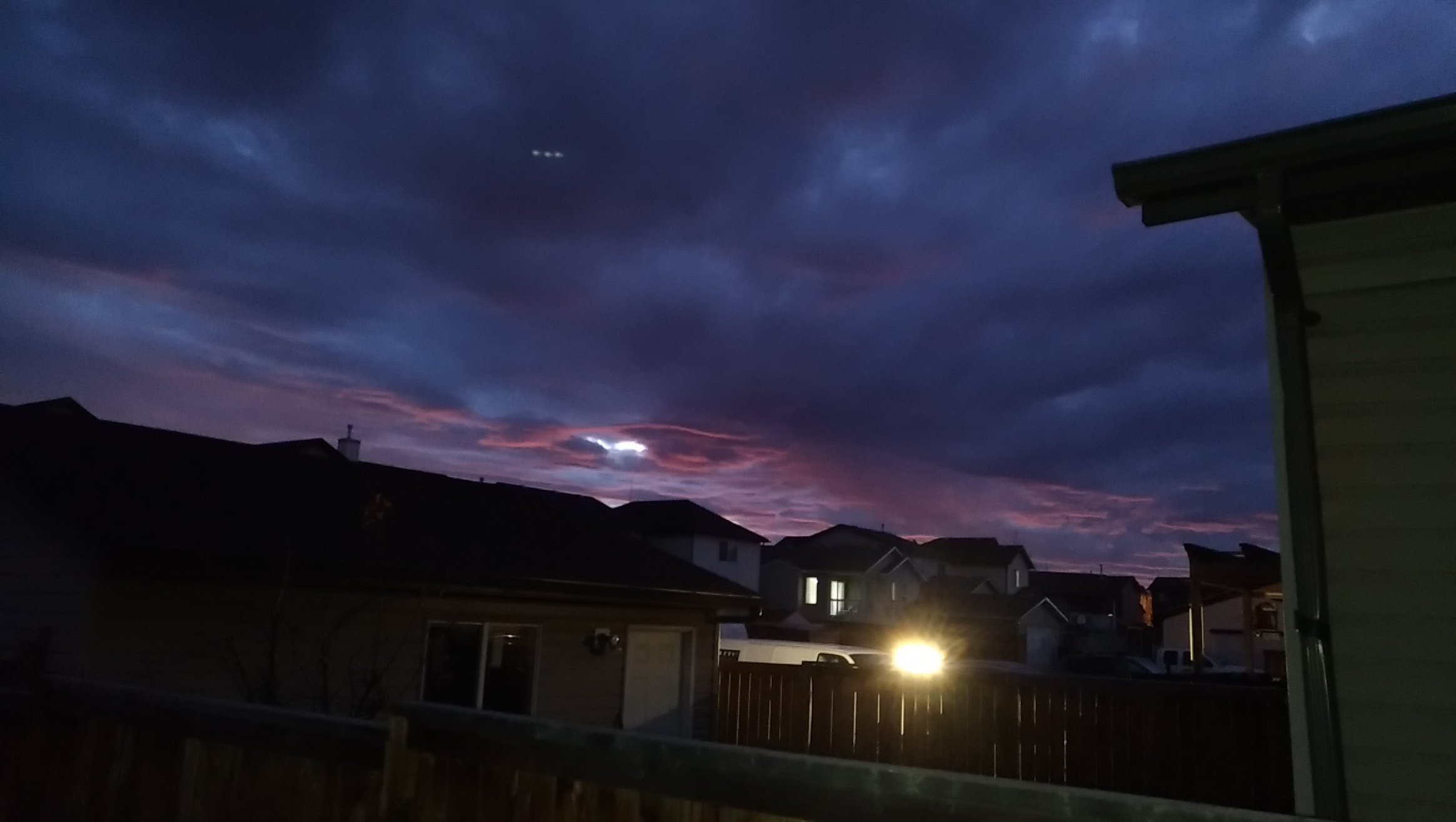