Aliens threw a Hail Mary into the galactic end zone in July and it hovered over a Maryland military station known as PAX River where an astute photographic wide receiver managed to intercept the football shaped UFO leaving this reporter struggling to find a Tom Brady to joke make here, which he has completely failed to do.

Insufferable football puns aside, these images really are compelling. The UFO does not appear to be a balloon and based on the behavior detailed in the full MUFON report, does not behave like one either. If it is a drone it is a drone of incredibly minimalist design. Zooming in on the object reveals nothing resembling typical drone or quadcopter characteristics.

The report and images were submitted to MUFON on 7-16-2016. The photographer of the object states that he is in the aviation industry and showed this images to several Naval pilots and other folks in aviation.

We were in the back yard in the swimming pool and I noticed a black football shaped object at the edge of the clouds. I told my son to get my binoculars and after viewing the object with the binoculars I had him get my camera. It would fly left then right, hoover (sic) and go in the clouds then come back (which is what made me think it was a drone). After viewing the object in my binoculars I was sure it was not a drone, UAV, or a weather balloon. It was very exciting because my whole family got to witness it and look at it. Once we looked at the pictures on the computer it really got us to wonder exactly what was this we just viewed. Finally it went into the clouds and we did not see it again. I would be very interested in finding out if anyone else saw the same thing we did and what it was. I have showed the pictures to several Naval pilots and others who work in aviation here at PAX river and they encouraged me to submit these photos. I also work in the aviation industry. 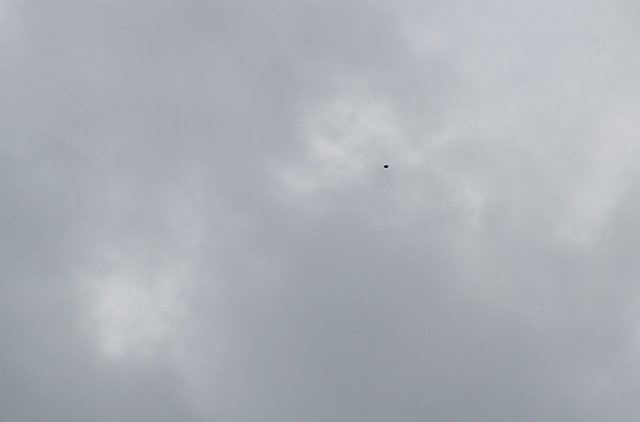 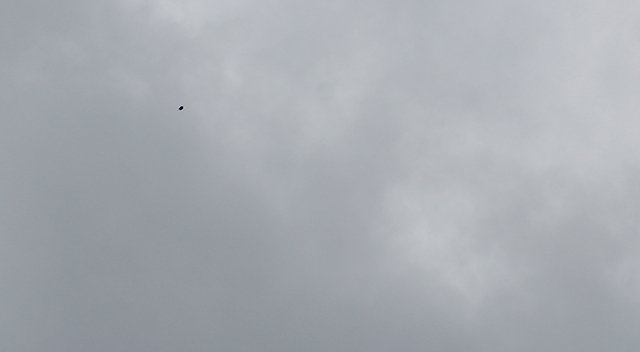 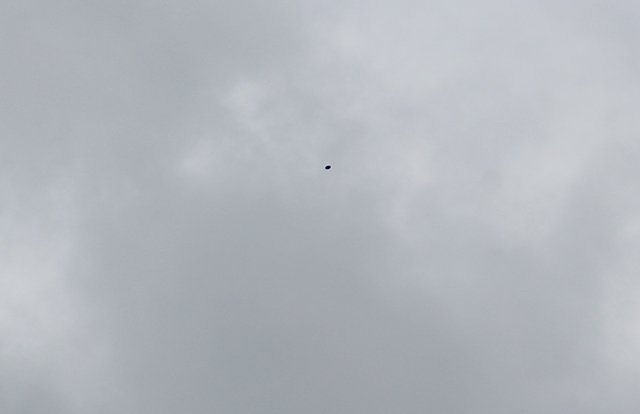 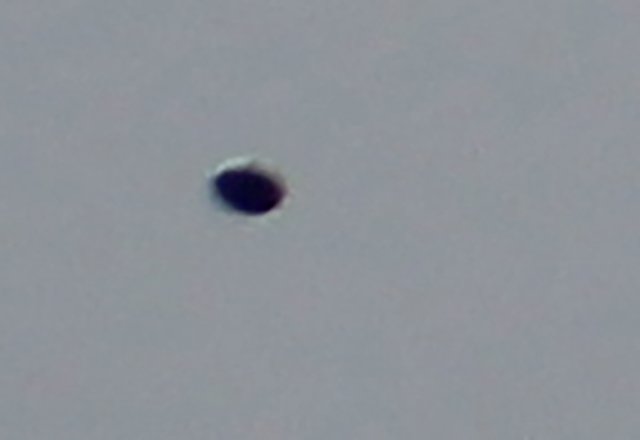