Dutch photographer Harry Perton captured a colorful “jellyfish UFO” on film during an overcast, stormy evening in Groningen in the Netherlands. Although he noticed a flash ocur while he was taking the picture, he assumed it was just lightning and didn’t think much about it. He noticed the UFO in the image only after he got home.

Perton, himself, thinks the object is most likely some sort of natural phenomenon and I tend to agree with him considering the angle of the object lines up perfectly with the location of the sun. While my complete lack of even rudimentary atmospheric knowledge can’t speculate what sort of thing this might be, I suspect it’s some sort of strange play of light in the atmosphere or, even though Perton said there was an actual lightning flash at the time, perhaps an anomaly created inside the camera lens.

What do you think? Let me know by commenting below or yelling at me on Facebook or Twitter! 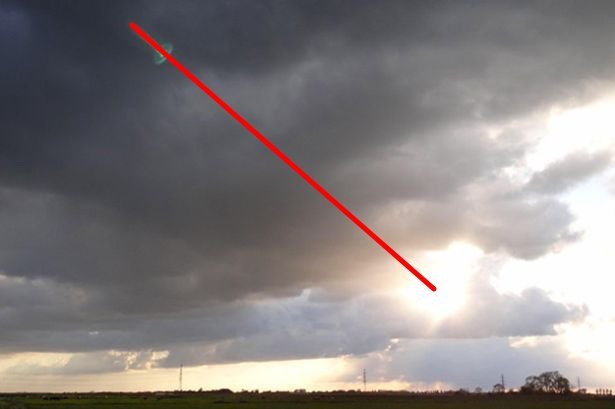